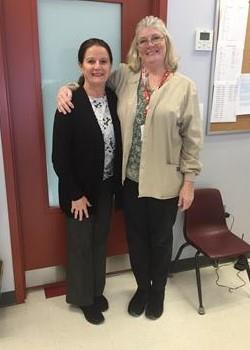 Mrs. Cappucci has been a school secretary in the district for 18 years. She started at Squannacook Elementary in February 2001 when it was grades 3-5.  The school closed in 2009 and she moved to Hawthorne Brook Middle School until 2011, and when that office went to one secretary she was moved to Ashby Elementary School from 2011 to 2014.  The secretary who worked at the preschool moved to Nissitissitt Middle School in 2014 and Mrs. Cappucci then moved from Ashby Elementary to Squannacook Early Childhood Center. Mrs. Cappucci has been married for 44 years and has three grown children and four grandchildren ranging in age from 2 years to 18 years old. Mrs. Cappucci likes to travel, shop, cook and spend time with her family and friends.